At the time of his retirement in 1993, Major Malcolm Bell was the Officer Commanding and conductor of the Australian Army Band (Melbourne) one of Australia’s finest symphonic wind ensembles. Prior to this he was responsible for all music training in the Australian Defence Force.

His career as a musician has seen him in demand as a performer, conductor, arranger/composer, adjudicator and educator throughout Australia.

Malcolm Bell began his music career as a drummer and bassist in rock and jazz bands. In this capacity he has performed with many top local and overseas performers including Normie Rowe, Doug Parkinson, Chelsea Brown, John Paul Young, Daryl Braithwaite and Marvin Holladay (Saxophonist with Count Basie).

He was called up for National Service in 1970 and served in the Australian Army Band Corps performing on tuba, bass guitar and percussion.

A highlight of his performing career was a solo performance on the stage of the Sydney Opera House.

During his 23 years with the Australian Army Band Corps he studied and later taught arranging and conducting. In 1985 he was posted to the Defence Force School of Music where he assumed the duties of Senior Instructor (Advanced Training) and later was responsible for the design and implementation of all promotion courses. For this work he was presented with a formal commendation from his commanding general.

In 1990 he undertook a year of advanced conducting tuition with Robert Rosen, former conductor of the Sydney Symphony Orchestra, the Australian Opera and the Australian Ballet. After his retirement Malcolm Bell joined Education Queensland as a multi instrumental instructor and conductor. He continues to be in demand as an adjudicator, guest conductor and performer, regularly holding conducting seminars and workshops.

Malcolm was QWAB's conductor (Musical Director) for over 10 years until mid-2004.

Paul Kucharski was born in Ohio, U.S.A. and relocated to Australia in 1994. He holds a Master of Music degree and a Performer’s Certificate from Indiana University, and a Bachelor of Arts in Music from the University of Kentucky.

Formerly a lecturer at universities in Louisiana, West Virginia and Townsville and a multi-instrumental instructor with Education Queensland, Paul is currently Teacher of Brass Instruments at Brisbane Girls Grammar School.

He is a frequent adjudicator and clinician in Queensland and has been an active member of the Australian Band and Orchestra Directors’ Association, holding the offices of North Queensland president and state treasurer.

He enjoys performing in, and composing for a variety of genres, including concert band, jazz ensemble and chamber ensembles. 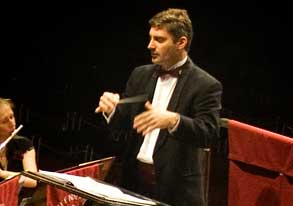 Bevan Messenger studied Trombone at the Queensland Conservatorium of Music and later at Indiana University School of Music in the USA where he studied with Lewis van Haney, as the recipient of an Australia Council Scholarship. He also holds a Graduate Diploma in Education from the Queensland University of Technology.

Since 1989 Bevan has taught brass instruments and conducted highly successful ensembles in various state and private schools in Brisbane. Highlights have included participating in the Banff International Youth Music Festival in Canada in 1999, and conducting prize winning CD recordings with the Coorparoo Secondary College Concert Band.

From 2003 to 2011 he was Director of Brass and Percussion at Brisbane Boys’ College where he conducted the College Symphonic Band and the Middle School Concert Band. In 2007 BBC hosted the inaugural Bonyi International Youth Music Festival involving student ensembles and outstanding faculty from across the world. 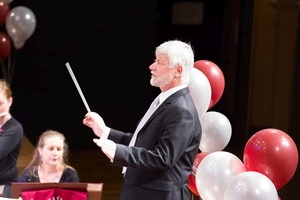